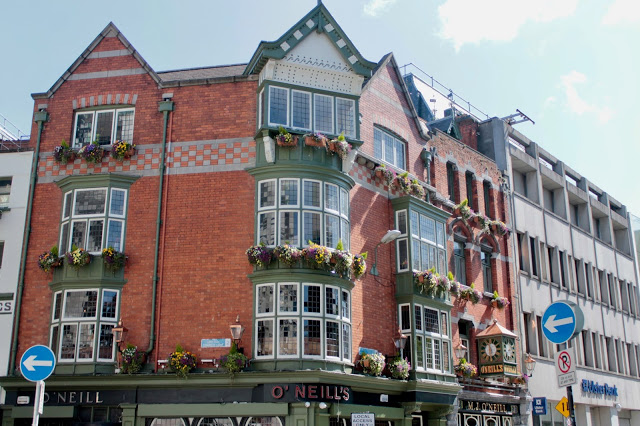 We left for Dublin nice and early and so got in before lunch. We started the day by orienting ourselves Temple Bar ( where the bus from the airport conveniently drops you off). Temple Bar is the main touristy area of Dublin, full of stores, restaurants and stores. While a lot of the stores are just modern mall stores, the buildings themselves are old and the streets are cobblestones which is beautiful. If you wander a little away from the main strip you can get lost in some beautiful old alleyways. 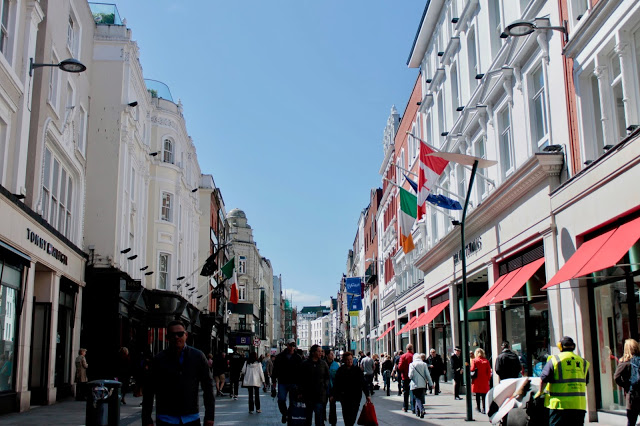 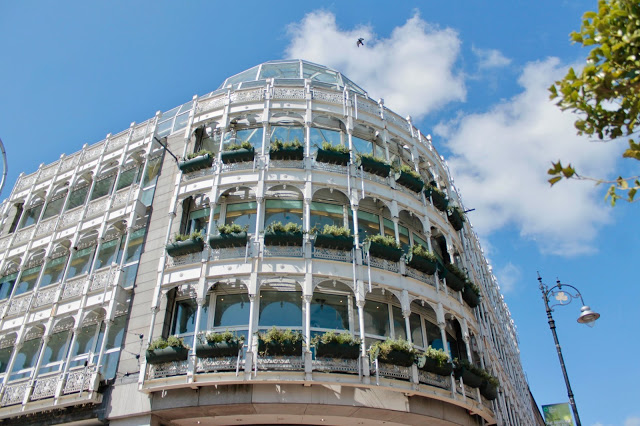 From Temple Bar it is super easy to get to the other central Dublin sites such as Trinity College and St Stephen’s Green. St. Stephen’s Green is a beautiful, lush park right near the city center. It was home to many critical events during the Irish revolutions so is both a place of history and a great place to escape the heat.

After hanging out like a local in the park we grabbed lunch at the Pepper Pot Cafe which was amazing! Seriously amazing food. This cafe is right in the Powerscourt Townhouse, an amazing old Georgian building now filled with local boutiques, restaurants and art installations. 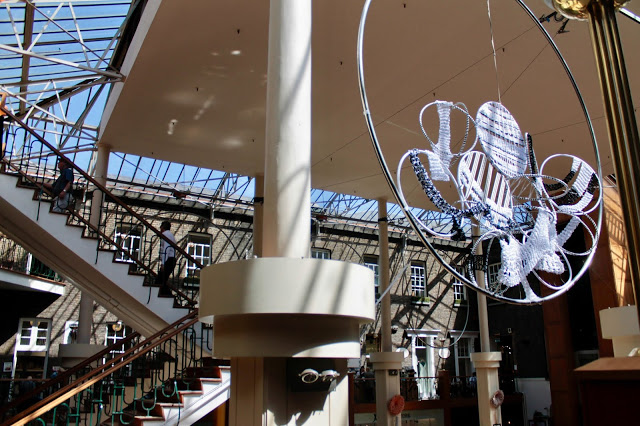 After lunch we made our way to our Airbnb which was just east of the city centre, in The Liberties. We stopped into a couple stores, including Fallon and Byrne which is literal Irish food heaven. All the beautiful cheeses, pastries, prepared and packaged food you could in a very cute space.

At 4pm we made our way to the Guinness Storehouse to start our tour. Right in The Liberties, the Guinness Storehouse is the most visited tourist attraction in Dublin. We were obviously excited for our tour, but all a little unsure of what to expect from such a touristy attraction. We had booked a tour later in the day in a hopes to avoid crowds and I think this definitely helped. The tour ended up being a total highlight! It was super fun and interesting. It is a self guided tour through the storehouse and the stages of making beer ( literally so much science was involved!). The tour also went into the history of the Guinness family and Dublin at the time. Included in the tour is a glass of Guinness that can joined in a couple different places on site. What I would recommend doing is pouring your own Guinness at the pour bar on a lower level, where they teach you in small groups the proper way to pour a pint. Fun fact, it takes 126 seconds to pour the perfect pint! After you pour your beer take it up to the Skybar on the top level where you can enjoy a 360 view of Dublin and the surrounding areas. The vibe at the SkyBar was really fun, friendly and the views were insane. The entire experience was honestly 10/10 and it was 100% the best Guinness I have ever had in my life. They got it right when they said Guinness gets better every step you are closer to Ireland. 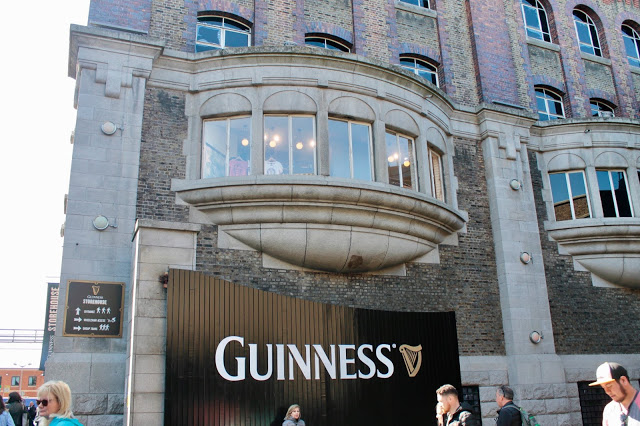 After an obligatory stop in the gift shop we grabbed dinner at a place our Airbnb host recommended- Arthur’s Pub. This place is right off Thomas Street right in central Liberties. This stretch of Thomas Street played a large part in the politics of Dublin and can be seen in a number of paintings in the National Gallery. There was event a plaque dedicated to Robert Emmet right outside our flat.

Arthur’s Pub is everything a pub should be. Everyone who works there is so so friendly, the food was great and hearty and of course they had everything good on tap. It was busy when we went but the servers made sure to help us get a table as soon as possible and chatted us up at the bar while we waited. My friend couldn’t finish her dinner and they let her take it home in the restaurants plate with just a promise to bring it back. We all had Hophouse 13 by Guinness, which is our new favourite beer and tried various types of Irish stew. It’s the kind of place where you go home well fed, best friends with the staff and your neighbours.

Day Two
Seeing as we didn’t have time to explore more of Ireland this trip we decided to train out to Howth to add some landscape diversity into our short time. This I would 100% recommend for people just staying in Dublin. It was such a short, easy train ride but it feels worlds away. Howth is a tiny little fishing village with a beautiful cliff walk. The walk takes you up from the town, along the cliffs over the sea and into a beautiful rocky outcrop covered in gorse. 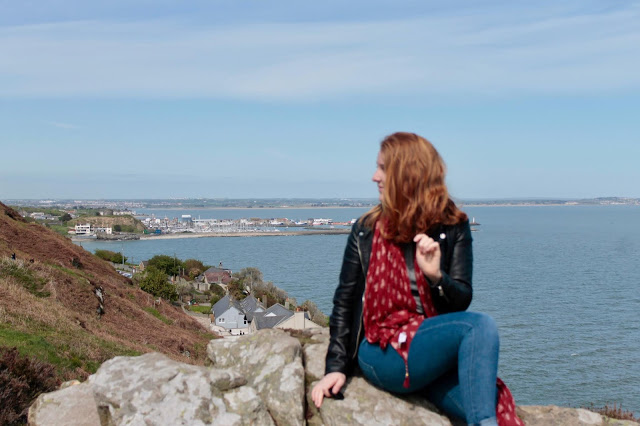 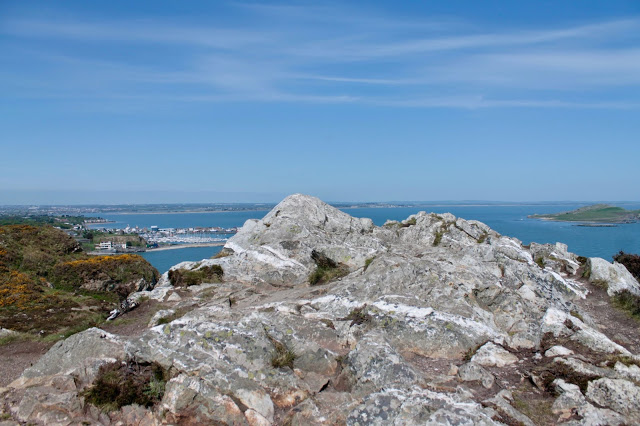 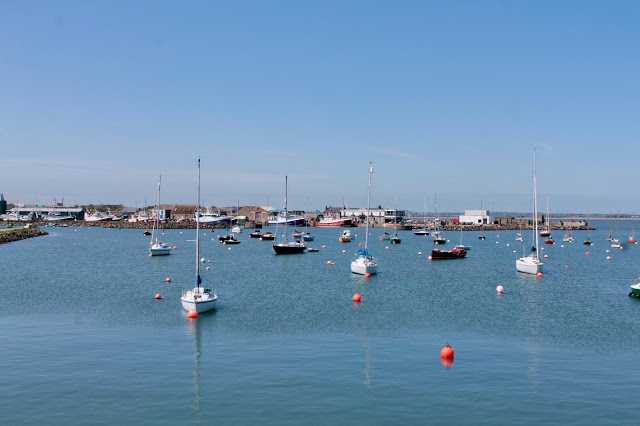 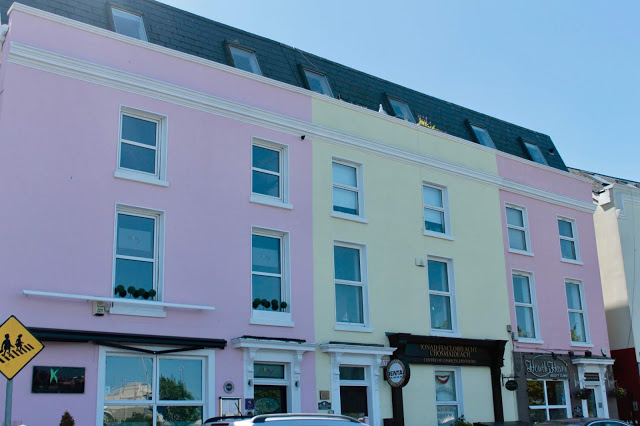 After the walk we stopped at Beshoff’s Fish and Chips, which was an amazing, albeit huge, lunch.
We took the train back to Dublin where we wandered more around city centre and grabbed ice cream at Murphy’s Ice Cream ( classic Irish ice cream from Dingle!). This is another must eat, the ice cream was so creamy.

For our afternoon activity we went to the Kilmainham Gaol, the old jail in Dublin. Tickets were so affordable and tour was really informative. I think this is a really unrated activity in Dublin. The jail was at the centre of Dublin’s political and social strike throughout the ages and thus provides the perfect primer in Dublin history. The building is also quite famous, having been featured in a number of movies.

Tonight was our big night out in Dublin so after a rest and a snack we headed out to Templar Bar. We started the night at the upstairs bar at Palace Bar which ended up being my favourite place of the night. It was cozy but open, super friendly bartenders and patrons and part way through a small band played traditional Irish songs. It felt like the quintessential Dublin experience. After the Palace Bar we stopped for a late dinner, which was deceptively harder to do than we thought as things seem to close earlier here than other European cities. I would very much recommend eating earlier in the night. Our next stop of the night was the Long Hall, an older famous bar also in Temple Bar area. The decor was insane, red walls, ornate wood and yes the bar was in the shape of a long hall. This place was really fun, but a bit more of the dark, cozy vibe so maybe a better starting bar and not when everything is super crowded.
Finally, we ended the night at Whelan’s a local bar known for great live music and its fun student vibe. Live music was done for the night when we got there but they had an amazing DJ playing throwback music and the place was packed with dancing so we really couldn’t complain. What I love about the nightlife in Dublin is you can just as easily have a chill night in a bar chatting away, make friends with strangers over Irish drinking songs or dance the night away, there is truly something for everyone.

Despite last night’s fun we got up pretty early to do a last minute walk around the city before it got busy. It was really nice to explore at a more leisurely pace before the crowds ( and sun)  came out. 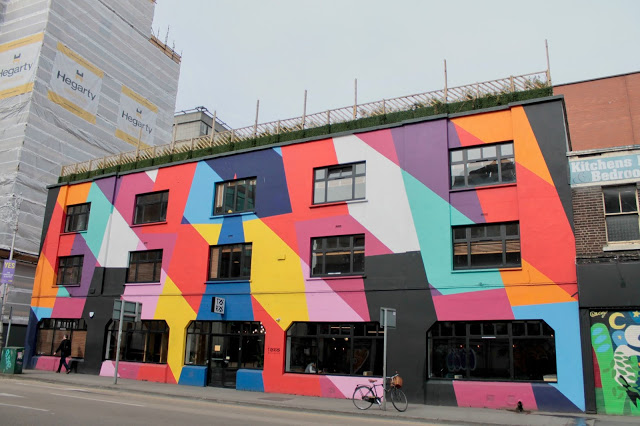 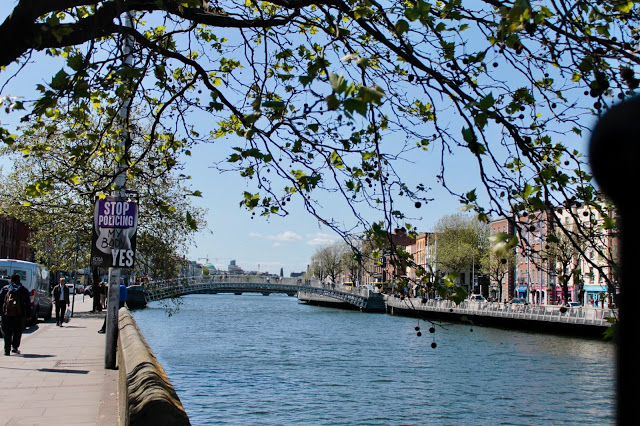 We officially started the day back at Trinity College where we had tickets to see the Book of Kells. Even first thing in the morning this was super busy so just be prepared for crowds and 100% buy tickets in advance. The Book of Kells was amazing to see but even more impressive to me was the Old Library at Trinity College you walk through at the end. There were floor to ceiling books, with some dating back 100s of years ( the library opened in the 1500s) and it is the largest library in Ireland, not to mention one of the most beautiful. 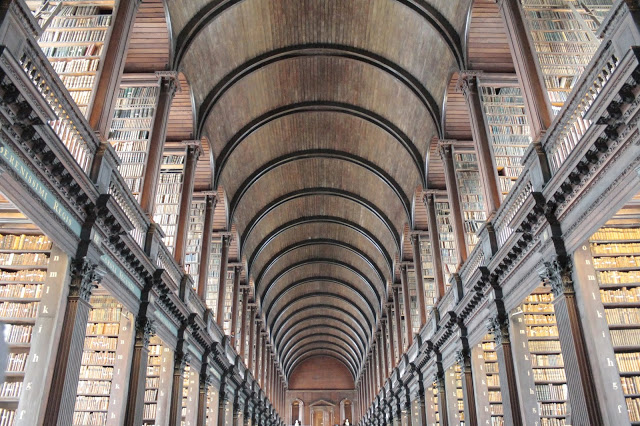 And thus concludes our trip to Dublin! Such an amazing, friendly city filled with interesting history and great beer. Until next time Ireland!

After the exhibit I picked up a Claddagh ring in the gift shop, which is a traditional Gaelic ring from love, loyalty and friendship. We continued to explore Trinity College as the campus is beautiful, before making our way to the National Gallery.

The National Gallery is such a tourist hack as it is a) free to enter and full of awesome art and b) free to check your bags at ( as you can’t bring them into the gallery) which means if you have early check out like us you can leave them here all day. We dropped our bags off and set off to explore the gallery. They have an interesting collection of Impressionist art ( my fave) with pieces from all over Europe and then large parts of the gallery are dedicated to Irish art. It was a surprisingly great collection and some of the older Dublin art was particularly interesting ( we found a painting of our flat in the 1800s!).

After exploring the gallery we grabbed lunch at the Diner Man Pub, another great place for more traditional Irish pub food and fuelled up for our afternoon walking tour. Seeing as we had already done some history focused stops on our trip we opted not for a traditional walking tour but for a Fairytales and Folklore themed one. This tour was not informative as I would the average walking tour usually is but it was so much fun! Our host was hilarious and the tour covers a good mix of traditional Irish folklore ( thus teaching you some important lessons about society) and modern day urban myths/drinking stories. The tour also covers the perfect amount of landmarks, bringing us to a couple places we had not yet gone.

Seeing as we had a super late flight and we still had time to explore we headed to the National Library, which while not as impressive as the Old Library at Trinity ( you can’t get into all the reading rooms as just a guest) was still quite an amazing space. Part of my family is originally from Ireland and you can search the databases on their computers to find archives on family members and trace family trees which was quite.

One thought on “Three Days in Dublin” 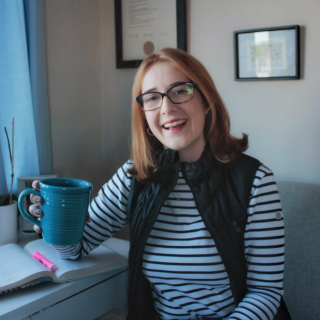